skip to main | skip to sidebar

Update you mess cause I am jumping ship over to WordPress. You can find me here. Look I had to do it. My wife made one for herself and all the kids and I didn't want to be left out. 14 Reasons why I love this woman!


I love you Helen.

I did it again.... I hit the enter button and posted a blank post once again.
Saturday Night Brain Dump- Take 2

Remember to keep it real till it goes wrong! Well I promised something more thought provoking and I guess I can't put it off any longer.

While on our vacation to Busch Gardens we went to the bald eagle habitat to see a collection of some rather awesome birds. Except there was one problem. None of the birds in that habitat would ever fly again. It struck me to see these birds waddle around or perched on the various rocks and branches around their en closer. Knowing that they would never again feel the wind on their wings or see a perspective of the earth that we as humans can only dream about. You see, these birds came to be there because they were either injured or became sick and thus they would never fly again.

My point is, that these birds were created for one thing, and the thing that they were created for they can never do again. God created us for one thing, and sometimes we like those birds through sickness or injury aren't able to do that thing that He made us for. Fortunately for us we have a Redeemer who is able to heal us and restore us to flight. Will you allow Him to restore your ability to soar on the wings of eagles or will you remain grounded unable to take flight again.

Look at it this way, birds fly, but eagles soar!

Well since we moved to Pender County I have noticed several things about country living.

I found this on Bryan's website and I thought it was pretty cool so I decided to try it. Just some of the random words that have appeared on my blog from time to time. Needed a space filler, what can I say.

Well it has been a while since I posted so I thought I would go with this: NO Re-Runs

So there you have it. The Summer time viewing list.

P.S. I promise to have something more in depth to say soon. You will just have to wait for it. 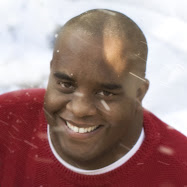 Man, she is fine! 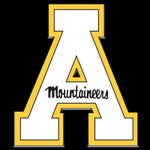